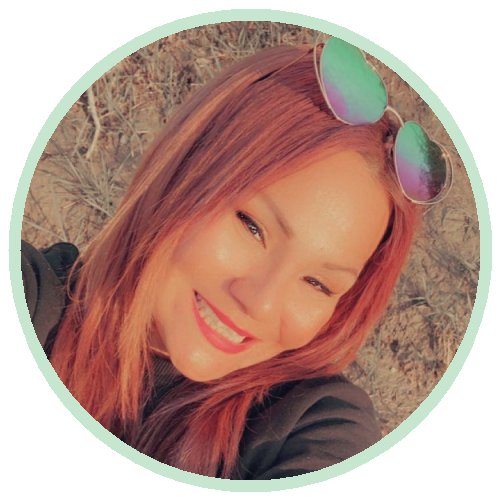 Corenda Lee is an Indigenous Cree and Blackfoot woman born and raised in Alberta. She is a mother who is passionate about helping other Indigenous women on their healing journey. Corenda-Lee has focused her education on women and gender studies, and how colonialism affects the current reality for Indigenous peoples. She is a writer and poet who is working toward her own memoir. Her work in support of vulnerable Indigenous women is leading her on the path toward her dream goal as a life coach. 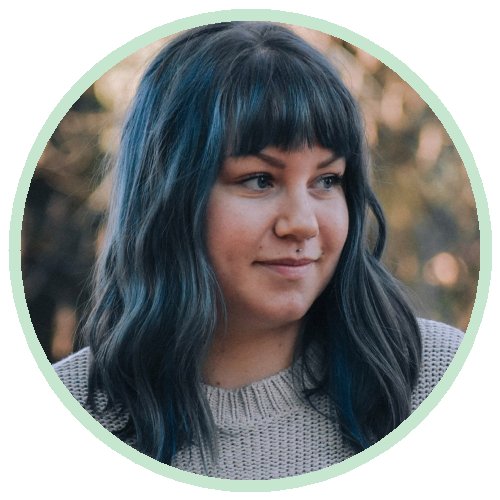 Erin Blondeau is a mother, activist, and a citizen of the Cowichan Valley Métis Nation. She has Métis ancestry from the original Red River Settlements and the Qu’Appelle Valley on her dad’s side, and British, Russian, and Jewish ancestry on her mom’s.

Hailing from a Métis paternal line of activists and resistors, she always knew that she wanted to dedicate her life to fighting systemic inequities. Previously a graphic designer, she now works as the Communications Coordinator at Indigenous Climate Action, and freelances for publications like the Globe and Mail, Best Health Magazine, and Saving Earth Magazine.

Erin holds a Bachelor’s degree with a major in anthropology–her research focused on anthropogenic climate change and the intersection of society and the biosphere, as well as alternate paradigms of truth (or “conspiracy theories”) such as QAnon and climate denial. 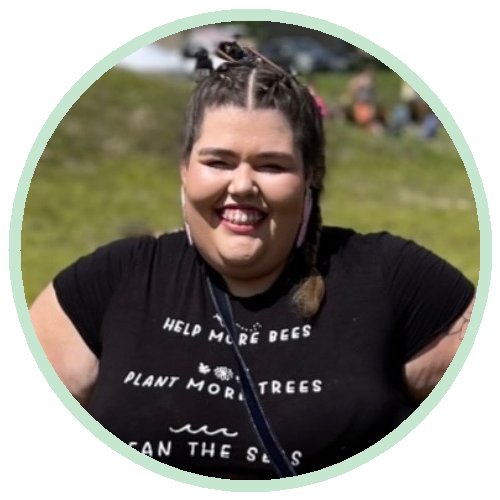 Julianna Peter-Paul is from Metepenagiag Mikmaq Nation, she has passions for storytelling, indigenous ways of being, and oral history. With 2 years of experience in producing podcasts and audio projects. She has gained knowledge and developed a very relaxed way of storytelling through oral ways. Most of her creativity stems from the land and water along with stories that have been passed down to her.

Julianna is one of the three creators of Sudanin Creations. She uses her knowledge and creativity to create awareness and education on issues that face indigenous peoples across turtle island on daily basis. By adapting to the technology she wants to continue passing down and keep preserving indigenous history. 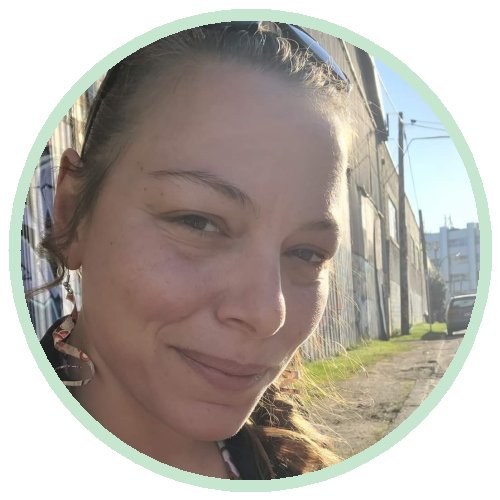 Michelle is Anishnaabekwe with Polish and Bulgarian heritage. She had always resonated with the “Indigenous worldview” even before she had the words to frame it.

Michelle has always wanted to help people and the world. Though this was present in her life before the upheavals, many traumas led to Michelle running away and living on and off the streets of Toronto from 12 to 16.

Michelle managed to get herself off the streets, get clean, and begin the lifelong journey of healing and self-discovery. This path has and will continue to be one that she walks.

She has completed a diploma from U of T and spent nearly two decades in hospitality, managing teams and providing service to guests. She has spent the last two years in the non-profit sector working to help those walking in the shoes she once occupied. 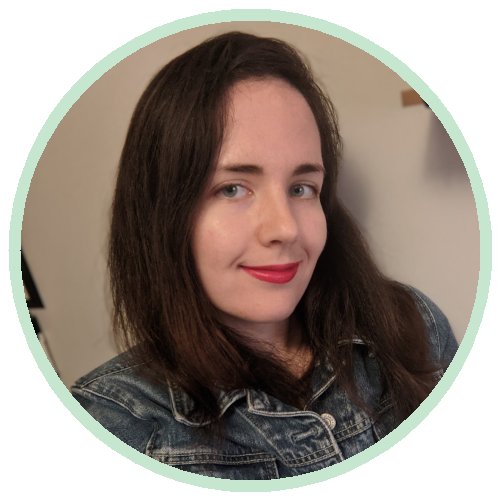 Samantha Loney is a Metis writer and filmmaker from Barrie, Ontario who got her start performing stand-up and sketch comedy in the Toronto area. She has written for multiple online publications as well as unscripted television. A winner of the Brian Linehan Award for Outstanding Artistic Promise, Samantha has participated in the Directed by Women Pitch Session at the Frontieres at Fantasia Film Festival co-production market, pitching her debut feature script Married to Murder, about a woman who cooks, cleans, and commits murder.

Samantha is currently writing and producing the web series, A Little Zoom, based on her award-winning short film A Little Racist, about a group of diverse lawyers on the wrong side of the law navigating the current social and political climate. With a passion for comedy writing and creating content that challenges modern audiences point of views, Samantha hopes to become this generation’s Norman Lear, or continue the Loney family business of being an alcoholic housewife. 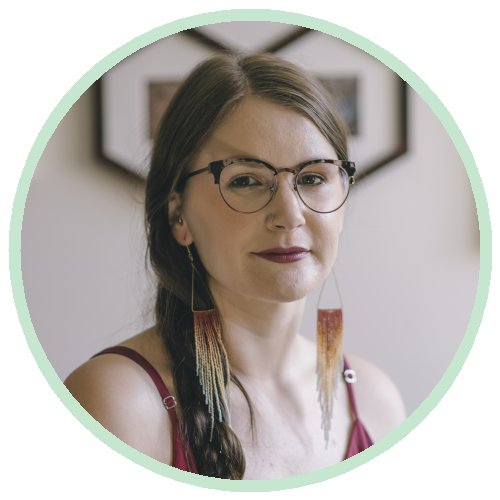 Shelby Lisk is a multidisciplinary artist, writer and journalist from Kenhté:ke (Tyendinaga Mohawk Territory, in Ontario). She is passionate about working with Indigenous communities across Canada to produce and share stories through writing, photography and film.

Shelby completed her bachelor’s degree in Fine Arts, with a minor in Gender Studies at the University of Ottawa (2015) and a diploma in Photojournalism at Loyalist College (2019). She is currently completing a certificate in Mohawk Language and Culture through Queen’s University and Tsi Tyónnheht Onkwawén:na (2020).

You can find her words, artwork and photos in Red Rising Magazine, Room Magazine, the Globe and Mail, APTN news, TVO.org and #NotYourPrincess: Voices of Native American Women. She is the recipient of an Indigenous Arts and Stories Governor General’s History award (2018), best “short short” in TVO’s Short Doc contest (2019), Emerging Indigenous Reporter Scholarship from Journalists for Human Rights (2017). Shelby currently works full time as a journalist covering current affairs stories affecting Indigenous communities across Ontario. She is new to the world of podcasting and is excited to develop a new storytelling skill. 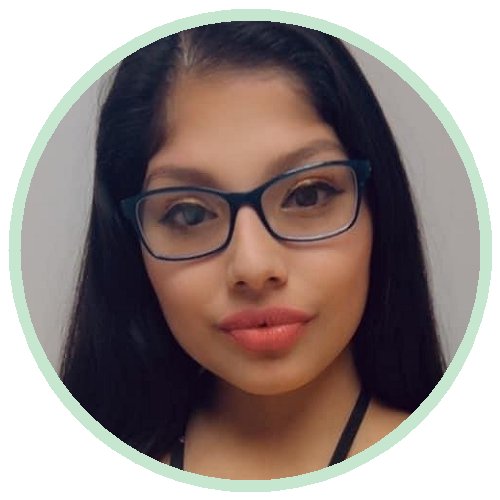 Tamika-Jo Andy is a member of Mishkosiminiziibiing Anishinaabeg (Big Grassy River First Nation) of Ontario, Canada. She is a mother to three beautiful children and is raising them to be strong Indigenous matriarchs. Tamika-Jo and her family reside in Northwestern Minnesota. She has been a sexual health educator since 2017 with Planned Parenthood North Central States. Before her time with Planned Parenthood, Tamika-Jo was a domestic violence advocate at a women’s shelter in her community. She has a passion for strategizing and working with others to implement a plan of action. She volunteers as a planning member for her community’s local event: raising awareness for Missing and Murdered Indigenous Women and Girls. Another passion of hers is empowering indigenous identity. She is graduating in Spring 2022 from Leech Lake Tribal College with Indigenous Leadership, AA. She plans to continue her education journey by studying Indigenous studies. 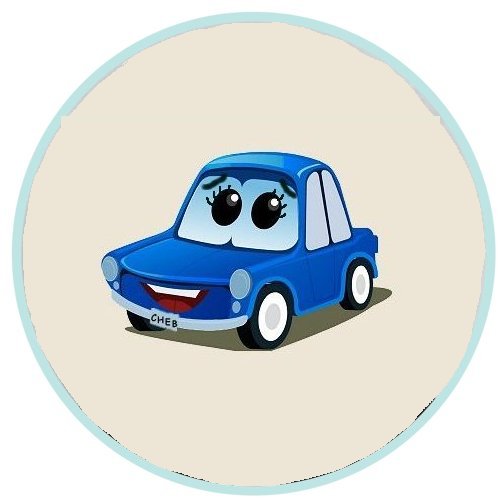 Cheb is a good little car.

This program is made possible by our generous partners