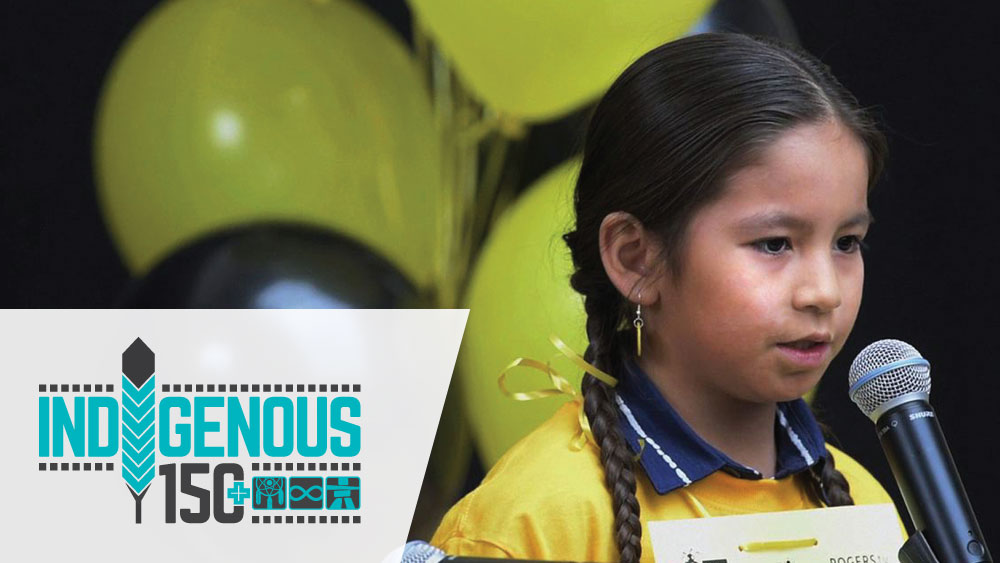 (In Partnership with City of Owen Sound Music and Movies Series)

Lana Šlezić’s Bee Nation is a heart-warming and inspiring film about the First Nations youth and their families in Saskatchewan who compete at their first-ever provincial and national Canadian Spelling Bee. Bee Nation will premiere on Sunday, September 24 at  9 p.m. ET / 9:30 p.m. NT, across Canada on CBC’s weekly point-of-view documentary series CBC DOCS POV.

The Canadian documentary Bee Nation was selected as the opening night film at the 2017 Hot Docs Film Festival. The film has been screened across Canada and has developed collaborative partnerships including Indspire, an indigenous-led charity investing in education and fostering bright futures for First Nation, Métis, and Inuit youth.

It is set within the framework of the first-ever First Nations Provincial Spelling Bee in Canada. Out on the breathy landscapes of Saskatchewan Reserves, meet students, parents, and teachers in the weeks leading up to the spelling bee.

Go ice fishing on a school outing, revel in a dance at a powwow, see best friends study together and hover in the excitement as the day draws nearer. See the hardships the children face and feel the love and support that exists within their family homes. Witness the intimacy of family life on the reserve set against a backdrop of vast and beautiful landscapes. Spend time with the children as compete, cheer for them and watch them succeed. The future of our children is common ground that everyone can agree is paramount to a better world.