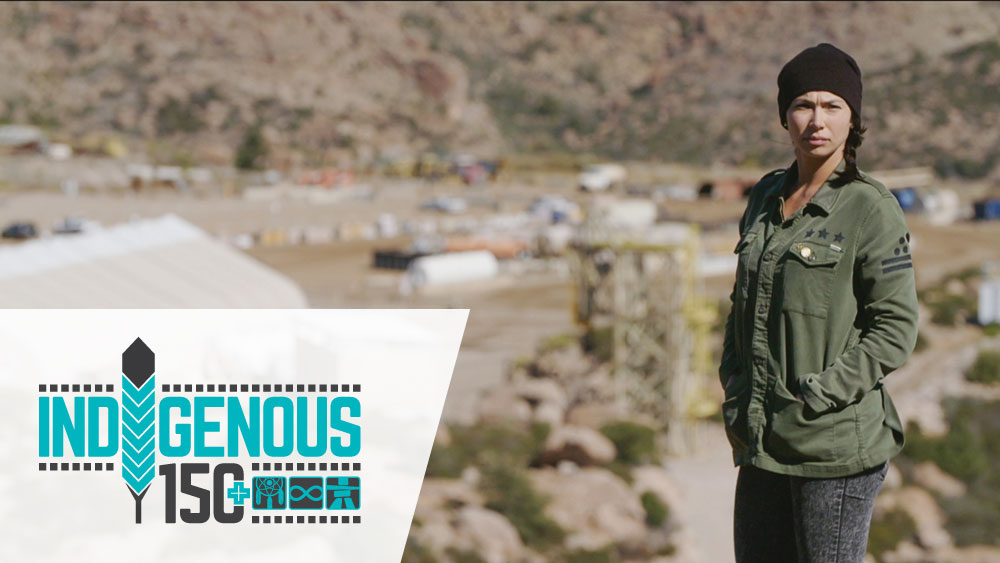 The screening will begin with an opening prayer by Shirley John, Elder Saugeen First Nation and M’Wikwedong Native Cultural Resource Centre, Owen Sound, followed by a presentation by Circle of Women Drum Circle and a performance by musician Nicole Lefaive. Preceding Sacred Water will be two short films by filmmaker and writer Cara Mumford, who will be participating in the post-screening dialogue along with Water Protector, Branden Emmerson who recently returned from Standing Rock and stayed long after the cameras disappeared. The discussion will be facilitated by Trish Meekins.

#ElsipogtogSolidarity by Cara Mumford / 2013 / Canada / 1 min / PG
A one-minute film created for the Emergency Day of Action – Solidarity for #Elsipogtog.

SACRED WATER is part of a compelling 8 part documentary series called RISE for Viceland showcasing the global Indigenous movement across the Americas which are rising up to protect their ancestral homelands and the environment. Sacred Water is a timely look at Indigenous activism and the impacts of colonization showcasing candid interviews, historical context, and a moving soundtrack. This film delivers profound insight into the struggles around protecting sacred lands and waters which are happening in many places today.